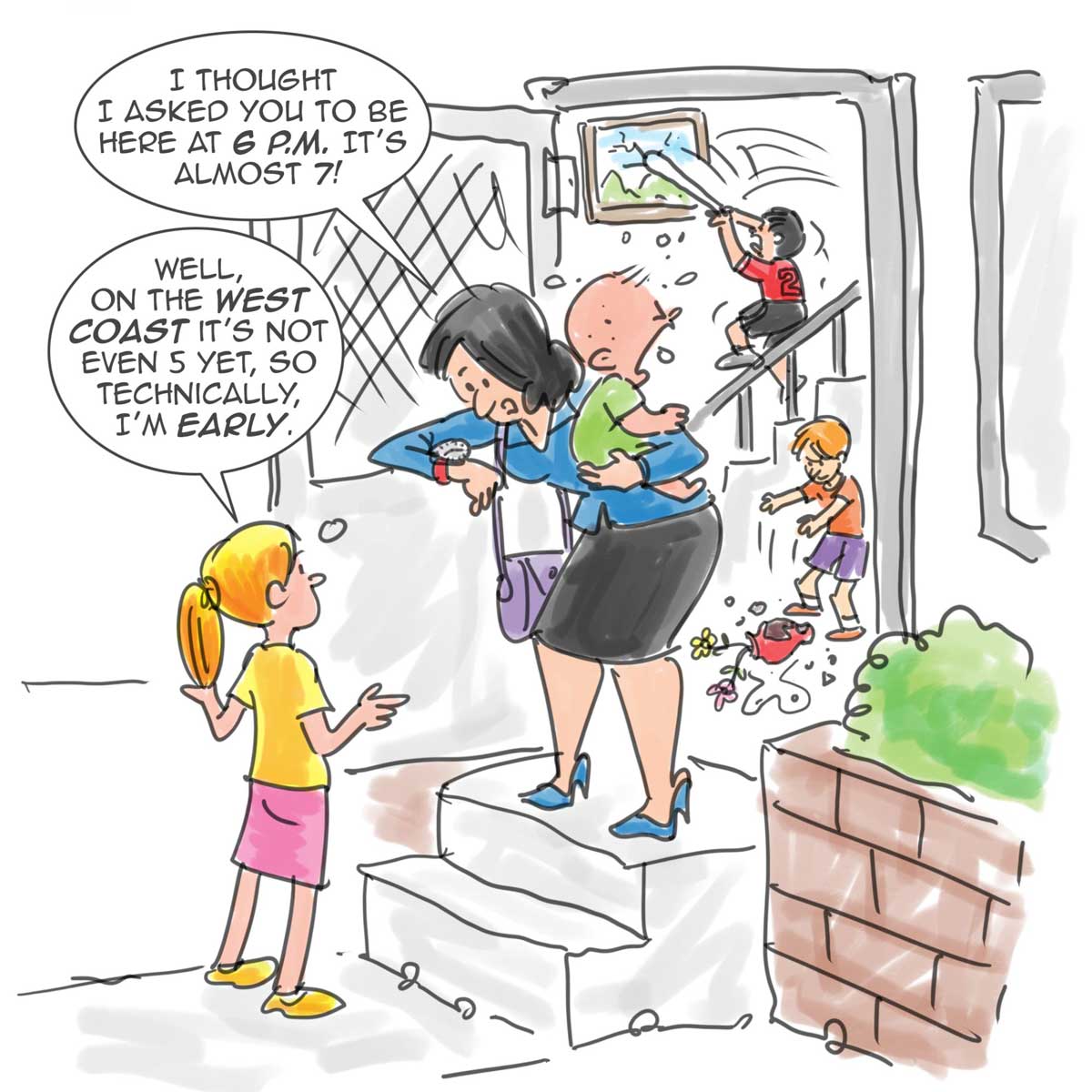 School was out, and Aaron and Tom were counting down the days until July. That’s when their first real job would start and they could hardly wait.

“It’s going to be awesome!” Tom said to Aaron while they practiced shooting baskets at the park. “At the end of the summer, we’re gonna be rich!”

Aaron laughed and easily sank a shot from center court. He didn’t think he and Tom would be rich with the money they were making, but he was excited to start his first real job. He almost felt like a grown-up!

“Don’t forget the best part,” he shouted to Tom over the sound of the bouncing ball. “Free ice cream every day!”

Tom and Aaron had gotten summer jobs at Scoops, the neighborhood ice cream store. They’d be helping the owner, Mr. Smith, behind the counter for a few hours each afternoon during the busy summer months.

“It’s going to be so much fun working at Scoops,” Tom said, catching the ball. ”I can’t think of any job I’d like to do more!”

Aaron nodded happily. Tom was right: it was going to be awesome!

One week later, Tom and Aaron met up at the intersection of Oak Street and Maple Drive for the walk to Scoops on their first day of work.

“This is going to be the best job ever!” Tom yelled, pumping his fist in the air.

But four hours later, he was telling another story.

“I have never worked so hard in my life!” he complained, collapsing onto a bench down the block from the ice cream store.

Aaron dropped into the spot next to him and let out a loud groan. “That wasc6">crazy,” he agreed.

“I thought this job would be fun. Getting people the ice cream flavor they want, putting on the toppings, working the cash register—but it was so hard!”

And it was. Scoops had been packed all afternoon, and it wasn’t easy to keep the customers happy, make sure everyone got the right change and greet each person with a smile, too, like Mr. Smith insisted they do.

Aaron shrugged. “Don’t forget; we’re getting paid for this work,” he tried to cheer up Tom. But Tom still brooded.

The next day, when Aaron reached the intersection of Oak and Maple, Tom was nowhere to be found. Aaron waited one minute. Then two and three, but still no Tom. He looked at his watch. If he didn’t leave soon, he’d be late to work!

Finally, after waiting seven whole minutes, Aaron left. He ran all the way to work so he would still be on time.

Tom showed up 15 minutes later, not looking too happy to be at work. Mr. Smith didn’t look too happy to see him either. He handed Tom a Scoops apron and told him to get started at the toppings center.

Work that day was a little easier than the first day, since Aaron and Tom knew what to expect. They were also learning their way around the counter a little better and everything took them less time.

“That wasn’t so bad, was it?” Aaron told Tom as they licked their triple-scoop cones after work that day.

The next day, Tom was waiting for Aaron at Oak and Maple and Aaron was happy to see him.

“I’m leaving early today,” Tom told Aaron. “My aunt is taking my cousins to a Cubs game and they’re leaving at 4:15. They invited me to come along and I need to leave at 4 in order to be at their house on time.”

“Can’t they leave a little later?” Aaron asked. Their job was over at 4:30 every day. Aaron remembered Mr. Smith’s frown when Tom had shown up late for work yesterday and he couldn’t imagine their boss would be too happy if Tom left a whole half-hour early.

“Nope,” Tom shrugged as they reached the door of Scoops. They both walked into work together.

Later that afternoon, after exchanging a few words with an unhappy-looking Mr. Smith, Tom gave Aaron a little wave and hurried out of the store.

The rest of the week passed quickly. On Thursday, Tom came late again—this time a whole hour late. On Friday, Tom and Aaron walked through the doors with huge smiles on their faces.

But a few hours later, when they got their checks from Mr. Smith, only Aaron was smiling.

“But why is it so much less than it’s supposed to be?” Tom whined.

Aaron saw that his friend was upset. “We were supposed to get paid the same,” he said, coming to Tom’s defense. “Why is my check so much higher than Tom’s?”

“That’s because I hired you with the understanding that you’d get paid a specific salary if you worked a certain number of hours each week, right?”

Tom and Aaron nodded. Aaron had a feeling he knew where this was going.

“And you, Aaron,” said Mr. Smith, “have worked all those hours.”

Mr. Smith turned to Tom, who was staring at the floor. “While you, Tom, have not. You’ve come late, you’ve left early, and I’ve paid you what I believe is a fair rate for the amount of hours you actually worked. You need to learn how to develop—and to respect—a work ethic.”

“That means respecting a job. Being on time. Fulfilling your responsibilities. Doing what you are hired to do. Showing that it matters to you. Do you know why it is important to have a work ethic?”

“Because, when you accept a job, you are committing to do the work involved,” Mr. Smith explained. “You are giving your word that you will fulfill your responsibilities. And if you want your job to pay off and to open new opportunities for you, you need to show that you can handle the workload and do your job well. Do you understand what I’m saying?”

Tom nodded, looking thoughtful. He was quiet all the way home.

The next day, when Aaron reached the corner of Oak and Maple, Tom was there to greet him. Tom stayed until 4:30 sharp that afternoon, and all the days the rest of the week.

On Friday, Mr. Smith was smiling widely when he handed them their checks.

“Full paycheck for both of you this week,” he said.

The boys thanked him, but he wasn’t done.

“Can you stay a few minutes late today?” he asked the boys. “I have an interesting opportunity you might want to hear about.”

Aaron and Tom shared a quick fist-pump when Mr. Smith’s back was turned. They didn’t know what Mr. Smith wanted to talk to them about, but it sounded interesting. And they knew it was only because they had shown a strong work ethic. 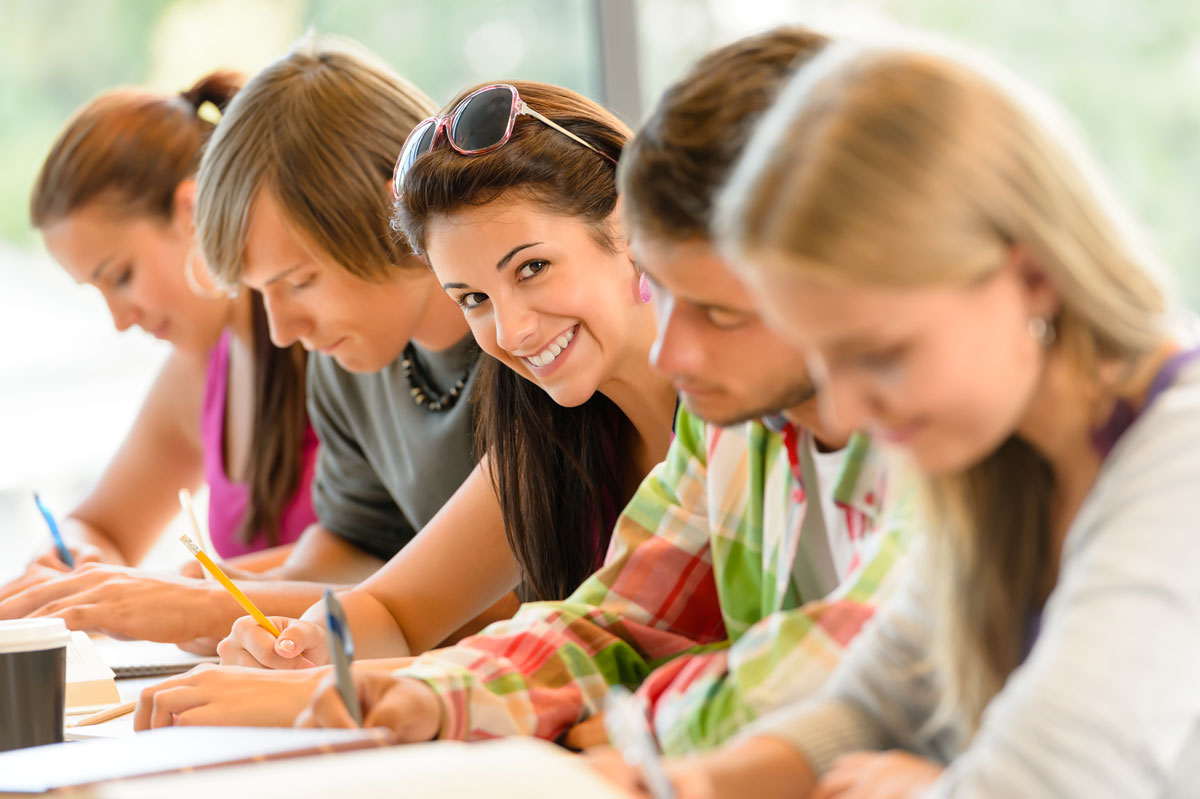 Making the Most of Your First Summer Semester

7 Steps To a Mid-Year Financial Check-Up