What Can I Do About Robocalls?

Are you sick of grabbing your ringing phone five times a day only to find yet another robocaller on the other end?

If robocalls are getting to you, you’re not alone. Those super-annoying automatic calls have recently exploded, and it’s enough to make anyone go bonkers. More than 30 billion robocalls were made in the United States in 2017, and the Federal Trade Commission answered a whopping 375,000 complaints about robocalls each month.

Unfortunately, those numbers are only rising.

If you feel like your phone is ringing off the hook from robocalls and you’re just about ready to throw it against the wall, read on. We’ll give you the inside scoop on these dreaded calls and show you what you can do to put a stop to them once and for all.

How do they have my number?

Many people ask how so many businesses and scammers have their number. It’s because robocalls are becoming increasingly more sophisticated and the internet is making their job easier. Scammers and telemarketers can scrape almost anyone’s phone number off the web.

They might find it on your Facebook page, another social media platform you frequent, or even drag it off your business’s website. Robocalls also buy phone numbers from popular companies or websites that require visitors to log in by submitting some basic personal information that includes their landline and cellphone numbers.

Or, robocalls may simply be dialing thousands and thousands of numbers at random, with no rhyme or reason at all.

Who’s on the other end of the line?

Robocalls come in many forms. Sometimes they’ll be trying to sell you a product or urge you into signing up for a service. Other times, they’ll try to scam you by appearing to represent a government agency, like the IRS.

You might think no one’s buying the marketed product, or that whoever actually believes the robotic voice telling them they’re about to be arrested is super naïve. Remember, though, that even if just a few people agree to buy the product or are taken in by the scam, the minimal cost of running the calls is more than worth it for the person behind the calls.

Here’s how the robocalls take a stab at appearing authentic:

Recently, scammers have been using neighbor-spoofing, in which their caller ID looks like a local number. This throws victims off and can help robocalls gain their misplaced trust.

Steps you can take

Thankfully, you don’t have to be bombarded by those irksome calls for the rest of your life. Here are several steps you can take to keep most robocalls from reaching your landline or cellphone:

You don’t have to let those robocalls overtake your life. Take action today and reclaim your peace! 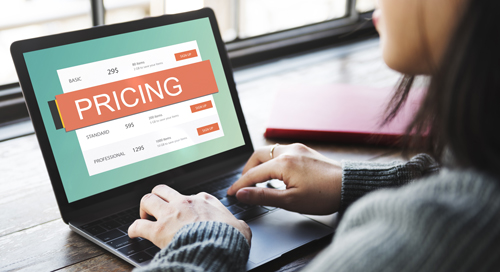 Don’t Get Caught in a Free Trial Scam!